Health and Wellness: To Eat or Not to Eat Organic Foods?

This blog was written by Dan Walker. Meet our blogging fitness specialists at the NIFS website. 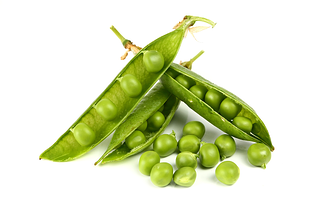 The many health benefits of eating organic foods are well documented by now. They are said to be cleaner and more pure, taste better, and be higher in many vitamins and minerals than their non-organic counterparts. The environment is also better cared for, as there aren’t any chemicals or pesticides used to grow organic products that can in turn pollute our planet.

Despite these benefits, though, could we be going overboard when it comes to organic foods? Are all organic foods really that much better for us, or is it possible that we just think they are?

Do Organic Foods Benefit from the Halo Effect?

The placebo effect has been noted in many drug trials. A medication is given to one group of participants while a placebo is given to another. They both are told that they are being given the drug, though, so oftentimes many in the placebo group report experiencing the drug’s supposed effects simply because they thought they were getting the drug. It turns out that a similar effect, known as the halo effect, may accompany organic foods.

Researchers have found in studies that oftentimes people will perceive a non-organic food labeled “organic” as tasting better, being lower in calories and fat, and deserving of a higher price tag simply because they thought it was organic. Much like a well-dressed person may be perceived as being wealthy, intelligent, and happy simply because of his or her appearance, positive attributes were attached to the foods labeled organic merely because people thought they were organic.

Just Because It's Organic Doesn't Mean It's Healthy

What does this mean for the average person, though, since the store (hopefully) won’t trick you into buying a falsely labeled organic product? I believe the key is to remember that just because something is organic, it doesn’t mean that you can eat unlimited quantities of it. Excess calories are still excess calories, even if they come from healthier foods.

There are also many products that shouldn’t be viewed as health foods simply because they are organic or natural, such as chips, cookies, and other sweets. Just like not every item you can purchase at Subway is healthy despite its marketing efforts (sorry Jared), not every organic product is healthy enough to be consumed frequently throughout your week. Stick with fruits, vegetables, and whole foods whenever possible.

And remember, any health and wellness program will tell you: Just because your cookies are labeled organic, it doesn’t mean they are now a health food!