Create Your Own Legacy: A Keepsake for Senior Living Families

Welcome to February, the month when most of us are feeling like we are moving oh so slow through the remainder of the winter months. We have come off the high of gift giving and receiving, enjoying time with family and friends, and even the excitement of the New Year. We are still reflecting on the past year or even the holidays, wishing we could bottle up that time we had with family and friends. 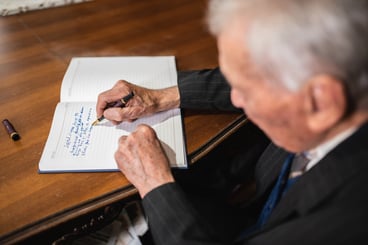 When it comes to programming options in senior living, NIFS understands that communities strive to create a memorable experience for residents and their families all year long, which is why we are excited to bring clients the NIFS Legacy program. This is a simple one, but with a memorable result. We are inviting each resident to participate by handwriting answers to simple life questions and to have their photo taken to create a nostalgic piece that will then be transformed into a keepsake for the resident to share with their family.

While NIFS staff are known for providing traditional fitness programming, we also find it engaging to offer opportunities like this program. Interacting with residents each day in our social atmosphere allows us to build relationships and connections that go beyond fitness alone. We often have the privilege of getting to know the residents’ family members through holiday visits, summer vacations, or the weekly check-in. So being a part of a project that will provide a memorable keepsake is icing on the cake for us, knowing how much their son, daughter, niece, or nephew will enjoy it!

Well-Being is More Than Healthy Eating and Exercise

We’ve written before how well-being extends beyond exercising and eating right. With the NIFS Legacy program, residents and staff collaborate to discuss and capture memories and turn them into a special memento that residents can share with their family and friends. Not only does this opportunity foster a connection, but it also helps fulfill a more well-rounded wellness program at the communities we serve. It hits home on the holistic approach to supporting resident well-being by offering an outlet for emotional and spiritual wellness, acknowledging the meaning and purpose of their life and creating new memories with their loved ones.

The meaning of legacy is to “put a stamp on the future,” and we know that our residents have contributed a great amount of time, knowledge, and love to such a thoughtful keepsake. By sharing their thoughts, feelings, and experiences, they will be contributing to the future.

A Partnership Between NIFS and Your Senior Living Community

NIFS partners with premier senior living providers across the US to bring their residents best-in-class fitness and wellness programming. The NIFS Legacy program is a great example of how our qualified fitness professionals have the skills and resources to artfully marry creative programming with relationship building to offer programs of intention and purpose for residents. Click here to learn more about how the NIFS team integrates with communities to help you achieve your wellness goals.

We are excited to invite residents to create their own legacy with handwritten answers to simple life questions alongside a photo that will inspire their family and peers. Throughout the month of February, residents will have an opportunity to visit the community wellness center to create this wonderful keepsake. 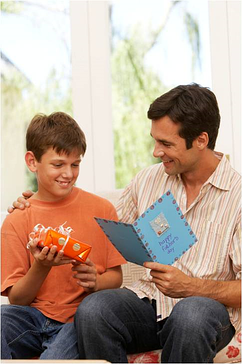 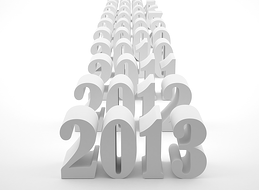 By June 2013 only 46% of people will still be sticking to the resolutions they vowed to keep as the ball dropped and we said goodbye to 2012.  A recent study showed that the three most popular resolutions are finding more family and friend time, increasing or starting an exercise program, and trying to lose weight.  The tips below will help you stick to those resolutions so they will last all year long.

Say “no” to commitments that are not a priority.  Schedule weekly family time into your planner.  Play games, sit down at the dinner table together, and ask everyone about their day.  Make it a priority.  Also, aim for more time with friends.  Start a book club, meet for a walk or a cup of coffee, check out a new restaurant.  Make it a recurring event like the second Tuesday of the month, so it is easy to plan into your schedule.

Have a positive attitude when it comes to exercise.  Think of it as time you will have to yourself for the day, a way to boost your energy level, or simply a break from the stress of the New Year.  Make the most of the time you have allotted for exercise.  Include high intensity cardiovascular activities, resistance training, and stretching. Add activity into your busy day by taking the stairs, parking farther away, walking the dog, shoveling snow, and hand delivering a message to a co-worker instead of calling or emailing them.

Set small, realistic goals when it comes to weight loss.  A reduction of only 500 calories per day is a smart goal to set and is the equivalent of 1 pound of fat loss per week.  Do this by cutting out regular sodas or calorie-heavy beverages like flavored coffee and juices.  Swap vending machine snacks like candy bars and chips for fresh fruit, fat free yogurt, string cheese, and cut up veggies.  When eating out, decrease portions by taking half of the entrée home.  Each week try to tackle a new goal.  Keep adding new goals throughout the spring, summer, and fall!

Fresh starts like the New Year are a perfect opportunity to better ourselves.  Take your resolution seriously this year and work on these goals to improve your quality of life. Did you miss our NIFS Fitness Management Staff Resolutions blog?  Check it out here!