Officially, one-third of the U.S. is now ill. The American Medical Association has voted and officially upgraded obesity from a “condition” to a “disease.”

While I have no doubt this decision will affect everyone due to the change in how insurance companies view and care for obesity, I find myself wondering whether obesity truly should be considered a disease. Some will argue it fits the definition of a disease. People die of obesity as they would cancer, while others feel people actually die of the diseases from the metabolic dysfunction, which in turn causes obesity. It’s a very complex issue that has already created quite the debate, and surely there is more to come.

The Implications of Classifying Obesity as a Disease

One thing is for sure: By classifying obesity as a disease that is costing insurance companies and Americans more money, there will be increased pressure on associated industries to work together to find a “cure.” As an example, obesity needs to be measured differently on a universal scale. The current standard is Body Mass Index (BMI) and because of this simplistic means of measuring one’s height versus weight, the Council on Science and Public Health actually recommended against classifying obesity as a disease. It is not uncommon for someone with a BMI above the recommended level to be healthy and free from metabolic dysfunction. On the other hand, it is equally normal to have someone who is within the recommended BMI range with an unhealthy amount of body fat and suffering from the same metabolic dysfunction. The first person would be overtreated, while the latter would go untreated.

My Opinion on Obesity Diagnosis and Treatment

Do I feel obesity is a disease? No, it is my professional opinion that obesity is a symptom or marker of metabolic dysfunction; however, I am optimistic now that it has gained the title of disease because it does shed new light on the issue. My fear is that classifying obesity as a disease will bring obesity too far into the medical world. Insurance is likely to cover expensive drugs and surgeries rather than support lifestyle changes. Knowing there is no single way to “cure” everyone of obesity, I feel strongly this would not be the right direction to go. As we seek an effective means of treatment for obesity, I support its classification as a disease under a few conditions:

What do you think? Comment below and watch for part two in this three-part obesity series, on the causes of obesity.

Corporate Fitness: The Battle of BMI vs. Body Composition 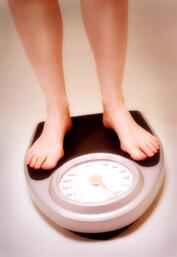 Body Mass Index (BMI) vs. Body Composition: These measurements are used in the healthcare and corporate fitness worlds to help identify risk for heart disease, diabetes, stroke, and cancer. But which is best? Many experts reason that both tools can be useful in different circumstances.

BMI is calculated by dividing weight (kg) by height (m²). Although it takes into account only these two factors, it can generally identify levels of fatness in most people, and has more of a place when a simple, general assessment of a larger group is needed. Labels of “underweight,” “healthy,” “overweight,” and “obese” are used to describe BMI ranges.

The drawbacks of BMI are manifested in a couple of ways. Someone who possesses a great amount of muscle mass may be classified as overweight or obese, when in reality they are in superior shape. An unconditioned individual can be classified as being at a healthy weight when muscle mass is actually lacking. This is where measuring body composition is valuable.

Body composition separates fat mass from lean mass and provides a better assessment of an individual’s health status. The limitations of body composition are that it’s not quite as simple and may not be practical for use in assessments of large groups. The simplest means of measuring it are by scale, handheld device, or skinfold testing and include some margin of error. While most accurate, underwater weighing or air displacement can be complicated and time consuming.

When embarking on a fitness program, it’s a good idea to track your body composition to help you measure your progress. This will allow you to have a much better idea of how your body is changing for the better with the effects of resistance training and cardiovascular exercise.

Evaluate how you can do better for your employees with fitness offerings at your worksite.  Check out these 4 tips to improve your services, click below.

Employee Health: Could You Be a "Heart Attack Waiting to Happen"? 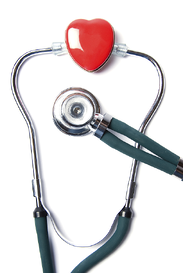 It is no secret that heart disease is the leading cause of death in America, with more than 27% of all deaths being attributed to Coronary Artery Disease (CAD). What is shocking is that apparently healthy individuals are dying of heart disease every single day. In fact, 39% of American adults perceive themselves as having ideal heart health, while less than 1% actually do.

Are you healthy? You might say “I exercise regularly and eat right,” but is that enough? Doctors agree that, in most cases, a healthy diet and adequate exercise are not enough. While both are very important, they are simply pieces of the puzzle that come together to create a picture of optimal health. It may sound obvious, but in order to get yourself closer to an ideal state of health you need to become educated in two areas:

One way to “grade” your heart health is through risk stratification. The American College of Sports Medicine (ACSM) presents the following as positive risk factors for CAD:

Knowing your individual risk factors for CAD is the first step toward reaching ideal heart health. Do you know where you stand? Have you had an annual physical or participated in a Know Your Number health screening? If so, congratulations! You are on your way to better health!