This blog was written by Samantha Whiteside. Meet our blogging fitness specialists at the NIFS website. 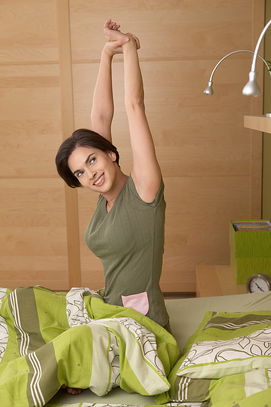 In corporate fitness centers across the country, members are always on the lookout for health and wellness strategies to help with weight control. Help may be as close as their bedroom pillow.

It has long been said that “Early to bed and early to rise makes a man healthy, wealthy, and wise”; but now there is evidence from Northwestern University to back up this claim. The University’s School of Medicine followed 52 individuals who were split into two distinct groups: late sleepers, defined as going to bed around 3:45am and waking at 10:45am, and “normal sleepers,” who were in bed by 12:30am and awake by 8am. The researchers followed mealtimes, amount and type of food, and calories consumed.

With this evidence from Northwestern University in mind, what time will you hit the hay tonight?