Ditching Soda Can Be an Amazing Weight-Loss Strategy 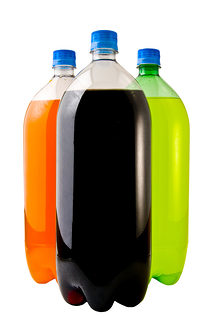 In 2010, the average American consumed over 44 gallons of carbonated soft drinks! While this number does include diet beverages, it does not take into account the number of non-carbonated, sugared soft drinks (such as lemonade, iced tea, juice, sports drinks, etc.), which tally up to about 17 gallons per person per year!

Looking at those numbers from a nutritional standpoint is eye-opening to say the least. Here are the facts, according to CalorieKing:

Do you see yourself in these numbers? Are you trying to lose weight? If so, think about this: If you were to ditch your sugar and calorie-laden drinks for water—and make absolutely no other changes to your diet or physical activity level—you could lose up to 26 pounds in a year.