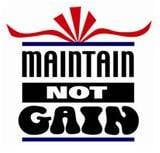 There is more to maintaining your weight over the year-end holiday season than simply weighing in before Thanksgiving and weighing out after New Year’s Day.  Still, before we go off the deep end with ridiculous claims about holiday or year-end weight gain, let’s get the facts.  Despite common claims that traditional holiday weight gain is seven pounds or more, the research shows that people typically only gain one to two pounds during the holidays.  The problem with that minimal gain is that studies show many people never get those extra few pounds back off and, over the course of an adult lifetime, what once seemed like inconsequential weight gain can become a significant health issue.   It’s also worth nothing that at least one study  found that adults who are already overweight are more likely to gain five pounds or more during the holiday season.

Given that there’s an appetite to maintain weight during the party-going-season that is the holidays, many business have folded holiday weight loss or weight maintenance challenges into their annual programming.  NIFS, in fact, has been offering our Maintain Not Gain program to our clients for more than 12 years.  And we think we’ve gotten pretty good at it, but our offering is done with a few different, but powerful twists.

The Power of the Team

You see, we understand the impact of social networks on weight gain; we also know that teamwork can impact weight loss.  So rather than leaving participants to fend for themselves against their natural networks who may be inadvertently working against them, we decided to opt for the team approach.  It doesn’t take pounds of scientific papers to understand why we chose teams as the basis for participation in our Maintain Not Gain program.  If you’ve ever been on a team you know that personal responsibility and accountability increase greatly when others are depending on you for the entire team to be successful. (Do you want to let your team down because you claimed an extra slice of pecan pie and didn’t move your body enough?)

The Power of Forgiveness 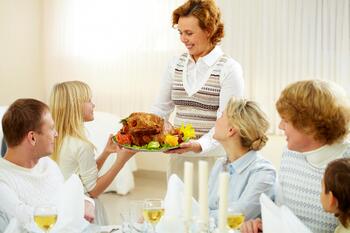 The Maintain Not Gain program is for people, not robots.  We know what it’s really tough to make it through Thanksgiving without overeating, not to mention all the office pitch-ins, family gatherings, and sweet treats that show up deliciously wrapped and calling your name.  We also know that body weight is a dynamic number and we aren’t huge fans of putting undue attention on a single number.  So, we’ve built the program with some grace by giving each participant a two-pound variance.

As an added bonus, the program focuses only on the weight of your team.  So a four person team has an eight pound grace.  If one person gains nine pounds and everyone else loses a teeny bit, then the team can still claim success.  (Of course, we think there’s maybe some room to improve that team’s dynamic.)

The Power of Fun

This program has become such a fantastic tradition for our staff and our members.  One of the ways that some of our sites elevate the initiative is by renting a multi-person scale so all four team members can get on at once for a total weight.  In this case, we do public weigh ins and weigh outs.  It creates quite a scene as participants giggle and gasps when they see the weight of four people!

For fun, we also set up a competition where we offer prizes for the most creative team name and let all the participants decide the winner. A few of my favorites from last year were, Thin it to Win it, Jingles over Jiggles, Dreaming of a Lite Christmas, and Mission Slimpossible.

In part 2,  of this blog we’ll cover the “how to’s” of our program so that you can get busy building this promising program for your own network.